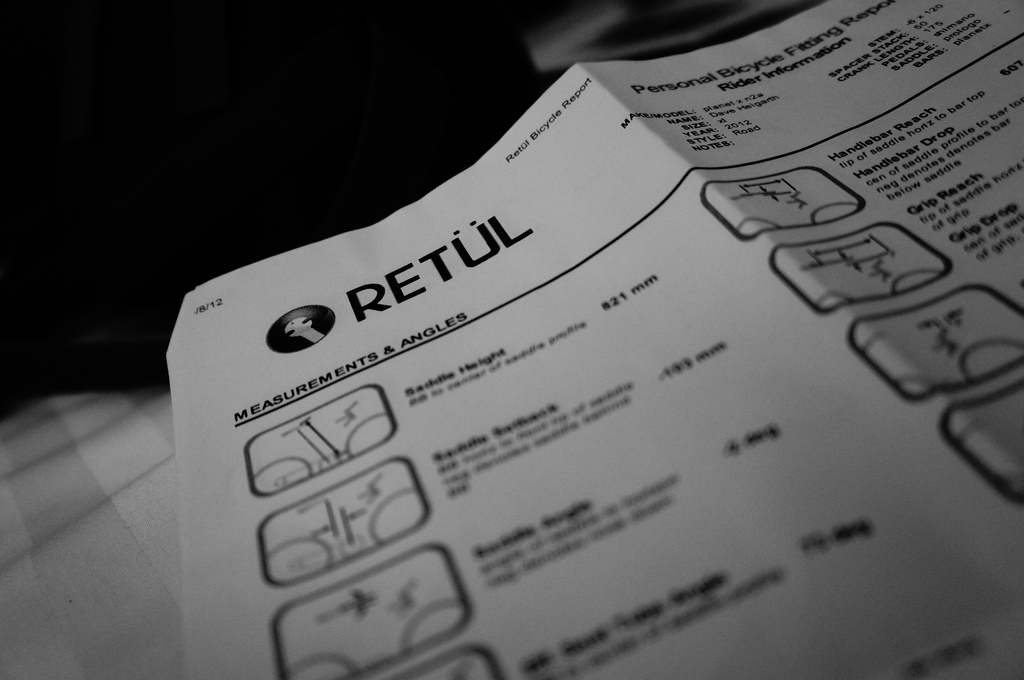 I’m 42 and had my first fit yesterday. You might think it’s young to have your first fit. For me, it’s about 26 years later than it ought to have been.

With a mix of health problems cropping up over the last year or so from bad backs to kidney stones to even more bad backs, I took it on myself to see a Chinese Physiotherapist recommended by Alan (crossjunkie). The experience was quite enlightening (aside from the fact that she told me I had a very very weak kidney pulse – prophetic, to say the least, a few days before my diagnosis). One of the major things that Leslie (she herself isn’t Chinese… but the practice is!) mentioned was assumption that I had my bike all fitting me well and I’d been measured up, etc. Time to fess up… I hadn’t. Ever. Been fitted for a bike. Ever.

I’d seen a promotional video about Planet X’s Retul fitting service and decided the time had come for me to arrange a session… ‘just in case’ anything I’d been doing for the last 25 years or so was a bit wrong.

I had indeed been doing things a bit wrong. Well… a bit more than a bit actually.

I called my bike sugar daddy Brant to see if I could book a fitting. 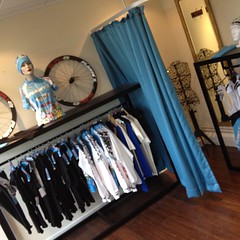 I’d just taken delivery of a very very handsome Planet X N2A bike so with the brand new bike only a couple of rides old I headed down to Rotherham. Aside from the fitting itself, this whole things was a real treat. Kid in a sweet factory. You get the picture. This is a big shop and a bigger warehouse. Mmmmmmm! The fact that I’ve been riding for Planet X for six months or so but never made the time to get down to their place was playing on my mind, so the fitting made the perfect opportunity.

I was greeted by Chris Last – Planet X’s soigneur and an experienced cyclist who took me through the Retul process amidst a mass of fairly untamed cycling chit chat from both our mouthes. Chris’ experience of local riders over the last few years overlapped a bit of my time in Sheffield in the early 90s and it was great to chat away whilst simultaneously finding out my bike was pretty hilariously adjusted. Watching a stick man of myself on the screen, live, is a strange enough experience, but watching a cramped up one made it very plain to my eyes that something wasn’t really right. Through an hour or so of careful adjustment, bit by bit, we corrected all those bad angles, until everything fell within the right tolerances. New bike or no new bike, I had been riding a saddle that was 35mm too low and it seems I had been for quite some time. Talk about having a fit. Shocking, mildly embarrassing (but I’m bigger than that and I can take it), and all in all a bit of a revelation.

So… one day later, I gave the bike a really good kicking yesterday for 90 mins and over a couple of big climbs in a bloody headwind and crappy drizzle. All held up really well and if I could summarize the change I’d say that I feel like I’m getting the sort of power down that I would have done in the past by standing up. Makes sense really.

So once you’ve all stopped laughing at my “discovery”, spare a thought for how this bodes for someone who has suffered from lower back pain. Watch out… here I come. The final word goes to a certain person I know who commented: “It’s a bit like when I went to get myself properly measured for a bra in my mid 30s. I’d been wearing a 36C – then I found out I was actually a 32F”. The minor details count, but the big details count more.