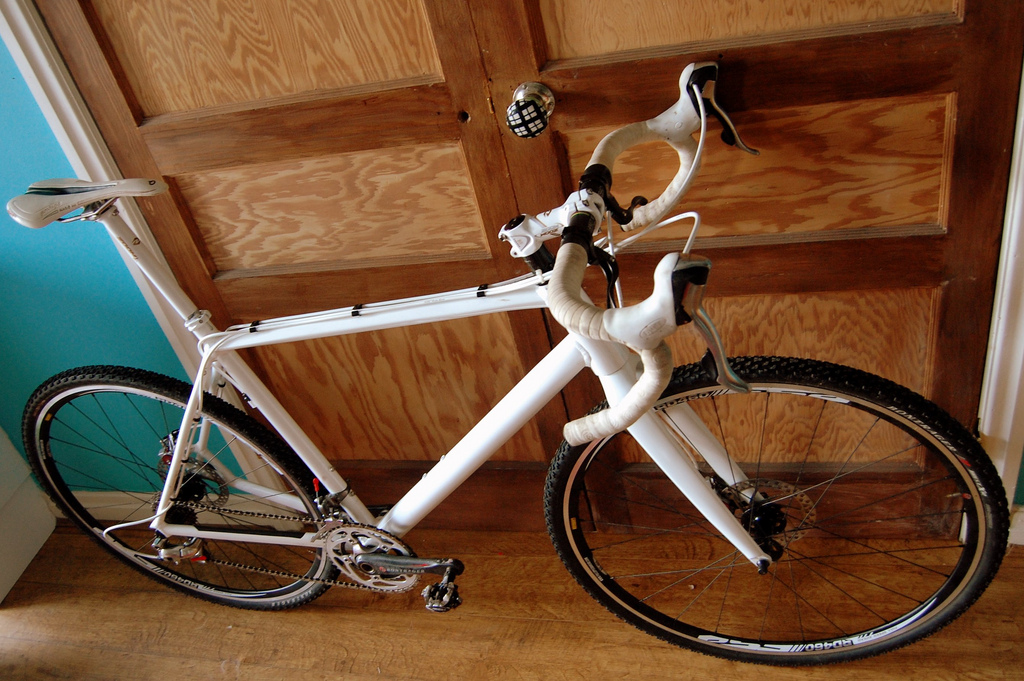 Interesting project on at the moment on behalf the design team for Whyte Bikes. Ian (who works on product design there) and I go back a long way and given my boundless enthusiasm for cyclocross (and what younger people might call ‘experience’), I’m starting to test a bit of a new venture for them. Whyte are an English brand famous for their mountain bike range, but wanted to get into the cyclocross market. Their new frame – currently a prototype – is highly immersed in that. It’s radically mountainbike, actually – in many ways. Certainly an interesting prospect. END_OF_DOCUMENT_TOKEN_TO_BE_REPLACED

Had a wonderful few reasons to reflect on this time of year in the last few days. Autumn’s a strange time of year in its gentle onset of cruelty, as we lose the evening daylight, and the warmth of each day dies out. But it also offers so much too. The first warm fires to make an hour by the TV seem like the best thing to do rather than a waste of time… the orange Alpenglow that makes otherwise drab scenes more paletable; and above all, the start of the proper cyclocross season. END_OF_DOCUMENT_TOKEN_TO_BE_REPLACED

Leaving the house for a day seemed even harder this time round given that Lily had spent almost all day in bed on Saturday and Elsie was up about six times on Saturday night… cyclocross is tough on family life this year for us and I haven’t been able to really get into the training as a result. However, Katie was quite on top of things at home when I left (even if I wasn’t) and once in the car I got my head into racing mode.

The course itself was just the best cyclocross course I’ve ridden in many ways. It was a good mix and required so much concentration from start to finish. The grass was slippy and muddy, but there was only one real short running section.

I also got on top of things right from the moment the gun went – holding my place (for a change) after the start and picking my way past a few riders on the technical sections – of which there were plenty. (So many people seem to use their brakes on these muddy courses on corners – losing time and making themselves skid!). The field was a lot better this time round too and it was nice to see Nick Craig, Oli Beckinsale and Ian Bibby back in the top cyclocrosses.

I finished pretty much where I normally finish in terms of positions – 24th – but in a larger field I know I did a bit more of a ride this time. It’s really odd though – preparation was dreadful in the two weeks before with almost no training and disturbed sleeps… I just don’t know how to predict these things any more! Lewis also did a blinding ride for 7th after similarly rubbish preparation (stomach bug!).

Things seem to be going along fine for me in the big cyclocrosses this year; nothing stunning happening but I feel that little bit stronger than last year and my training’s a bit more focused and targeted.

The Mallory Park venue has mixed memories for me; in 2006, I had just about my worst ever cyclocross race and started to question what I was doing it all for. In the 2007 race there I revelled in the filthy and freezing conditions to finish 24th and really chuffed not to be lapped by the flying foreigners at the race.

This year’s was a great new course with a series of really awkward adverse cambers and a sticky, wet grass course that became much more adhesive as the day wore on. I had a slightly dicky start, with someone hooking up their bike to my spokes, and as a result had a bit of a battle trying to pass a few people on the first lap. This in turn sent me into a bit of strength debt and I only settled in about ten mins into the race.

I stayed upright and rode well. The Cannondale CX9 was just a dream once again and I decided not to change bikes, as the mud was keeping out of my gears, etc.

The only down side was that I was lapped on the final lap by the French race winner who was on a bit of a flyer. Finishing @1 lap is never a nice feeling. I’m looking forward to being the one who’s doing the lapping next year again when i start to ride the NW trophy races again.