I had a great time in the Fred Whitton Challenge. I think it’s probably the hardest shorter distance cycle ‘sportive’ in the country – there are a few 300km rides and such like but they’re for nutters… but the Fred Whitton ride is, in summary:

A ride over all of the (tarmac) Lakeland passes.
114 miles
Approx 4,100 metres of ascent and descent
Very polular (500 plus riders)

I did a respectable ride and finished in 6 hours 38 minutes. I was the 34th finisher from 516 finishers (and quite a few more starters), and was pretty pleased with the result. I’ve never been a good climber so the challenge was always going to be interesting for a 13 stoner. I used the right gears (39 tooth chainring on the front and a bottom gear of 32 teeth on the back). The tiny gears seemed ridiculous at first but as soon as I hit Honister Pass at 48 miles I knew they were a wise choice. Quite a number of people had underestimated the steepness of the climbs and were in for quite a bit of pushing the bike and a long day in (and out of) the saddle. 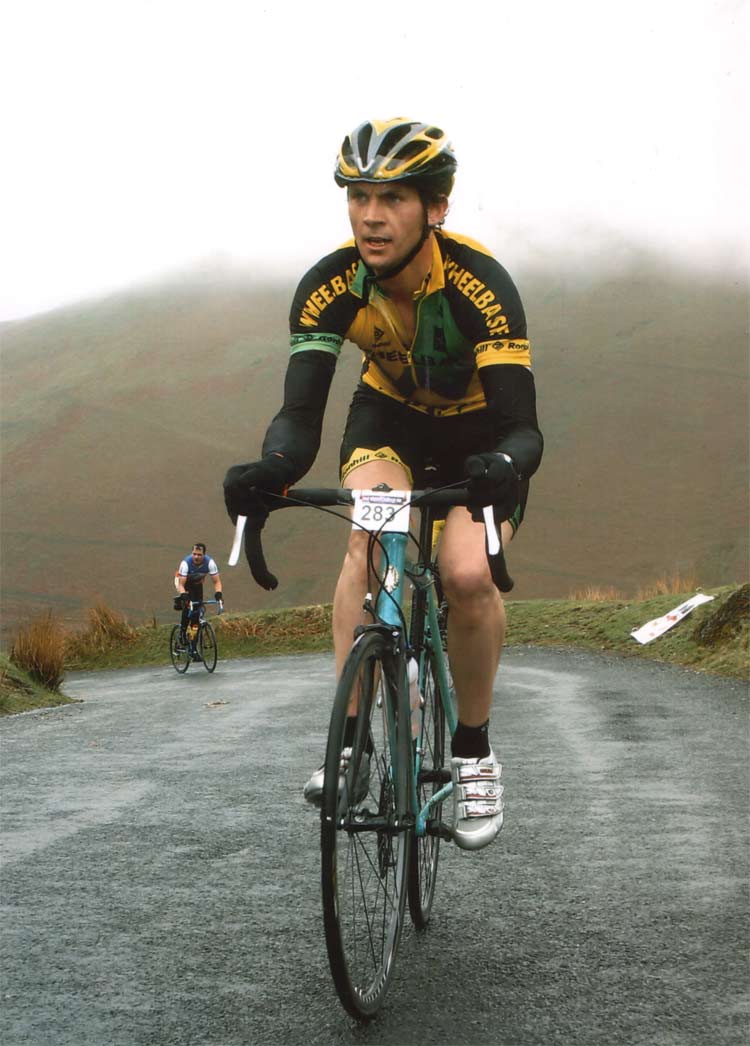 The climbs of Newlands Pass (after the first feed at Buttermere) and then Whinlatter Pass were both rhythm climbs which suited me much better than the uneven gradients of the others. I had a good leg from there to the final feed at Gosforth (86 miles). Going on from Gosforth I was starting to get into dodgy territory – the gorgeous surroundings of the lower Eskdale valley were no distraction from the worry I was about to cramp up. I saw the zig zags of the one-in-three climb of Hard Knott pass (101 miles and the highest point on the ride) dotted with people pushing bikes ahead of me and was resigned to a tough climb.

However, to my surprise, riding on my own, I managed to get into some sort of a rhythm and, apart from the stench of burning clutches from all the slow passing cars around me, I felt surprisingly comfortable. The descent of Hard Knott is viscious – with no time to look at the views, and constant braking as you screech down the staircase-like hairpins. The 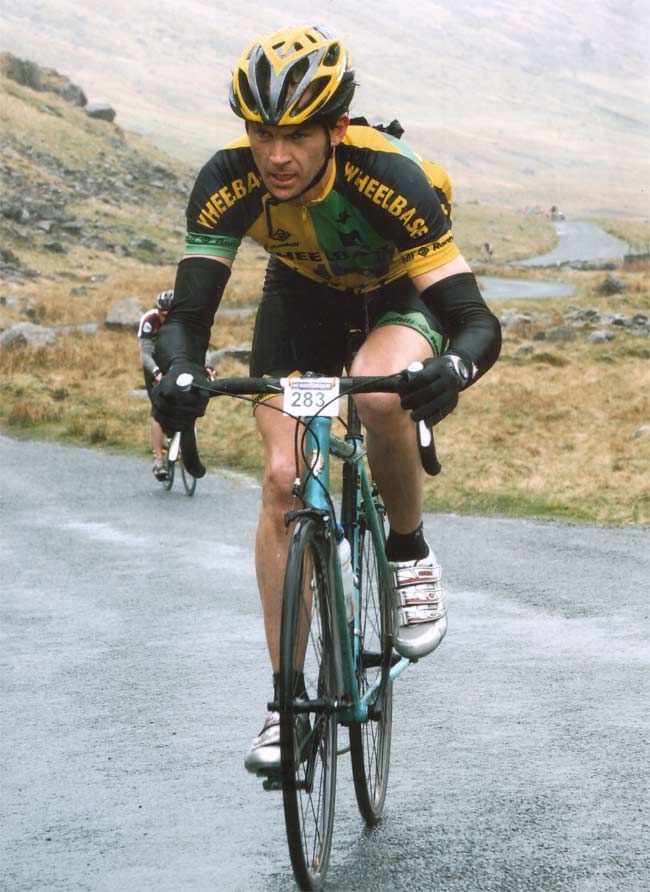 final climb of Wrynose pass is a mere two miles up the valley and I had no problems with my easy gear on the easier side of this high pass. I’d ridden this side of Wrynose with Richard (Hannaford) in 2005 on a bottom gear of 42-23, so I knew I’d be fine.

The final run-in is deceptive, and with about 600 feet of climbing over to Coniston is not to be sniffed at after 107 miles. Still – with so many mountain passes in the bag it was an easy spin and a lovely power ride over the last couple of miles.