If ever there was a good sign that a holiday works, it is that you do it again. There’s a good mix of the things that seem to add up to a good little holiday for the Haygaths at the Peebles Hydro hotel. Too pricey for a full week, but just within the realms of decadence for three nights in Feb half term (especially with three nights for the price of two!).

It was a similar recipe to last year’s holiday there – but different in many ways as Elsie has doubled in age in that short year.

Lots of swimming, way too much very nice food, plenty of fresh air and – dare I say it – some rest. Just what you need for a change of scene after this dull period of the year, and a turbo-charge for the lighter-evenings-opptimism that follows.

Elsie and Lily thrilled us as is to be expected… holidays become about that when you’re a parent in manny ways… Lily was proudly swimming most of her time under the water (a real breakthrough) and Elsie was on tip-top form and keeping us on our toes in a fun way.

This year we also went with the bikes. A risk in February, and one that was pretty on-the-edge for 7 year old Lily, whose hands froze on a short but fairly epic ride. The long climb was tough at the start; the long descent even worse when she’d lost the feeling in her fingers. Bad dad. But the ‘green loop’ in the middle was met with lots of “whoop” noises from Lily and all. A more thorough bike ride on the thrilling trails of Glentress during a quiet lull in activitiesmade it a bit more worthwhile having lugged the bikes all that way… but the other parts of the holiday were good training for me learning to tolerate looking at beautiful hills instead of somehow being in them. A tough lesson. 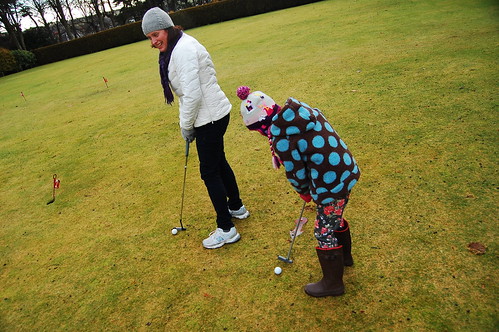 Browse here or watch a slideshow below