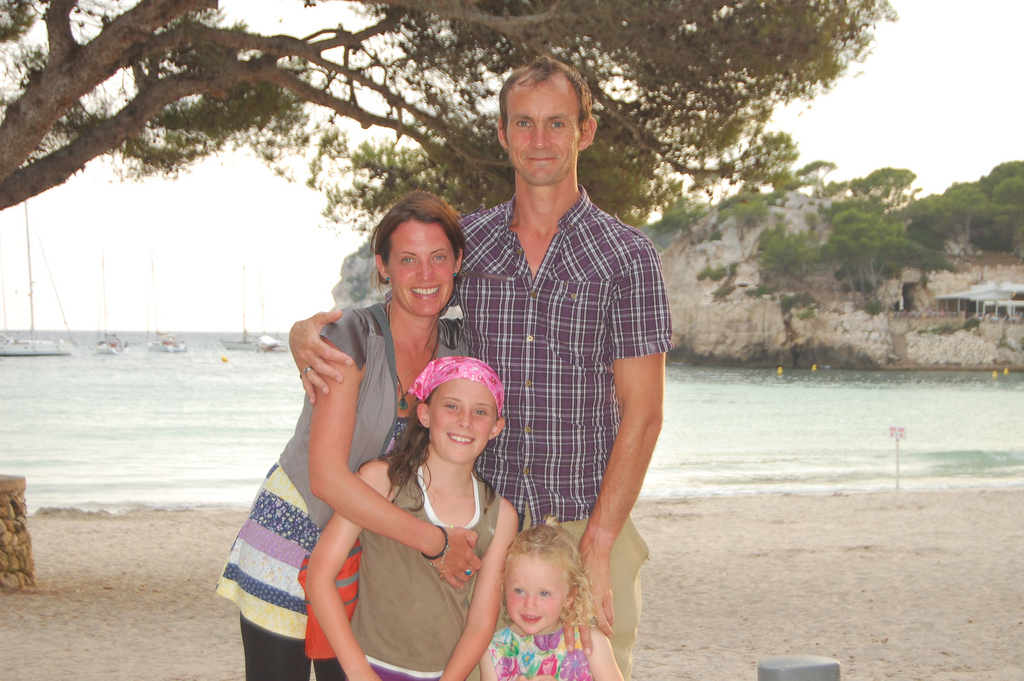 We did as much research as we could but still had that slight nervousness when we booked a “family friendly” resort. The internet’s a real bugger with its ability to lull you into thinking that customer reviews are reliable. So many contrasting reports on our shortlist of Cala Galdana in Menorca and a similar village in Portugal. Grrrr. What to trust? Well… luckily I had been to Cala Galdana in 1980 with my mum. Memories were slightly sparse but you don’t forget the golden beach / very blue sea and striking coves bits. We went with that.

When we got there it was just one of those satisfying “this is going to be great” moments. Descending in an instant from a plateau to a beautiful natural bay was pretty breathtaking for two yound girls (and for their parents!) and it very quickly began to tick all the boxes. Great. Phew.

The ten days that followed were simply great. The detail is probably not worth recounting – in many ways it was the simple unremarkable nature of building sand things, eating lovely food and running into warm seas that makes it remarkable, when compared to “real life”. A chance to get away from it is a bit of a cliché but that’s what it was.

… not that we got away entirely… some big benefits were

Anyway – that was that – an iPhone video with seemingly non stop eating below and some photos. 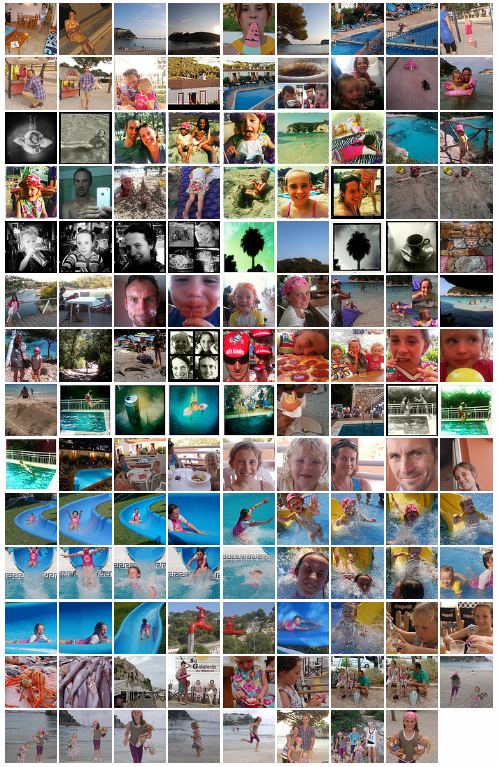