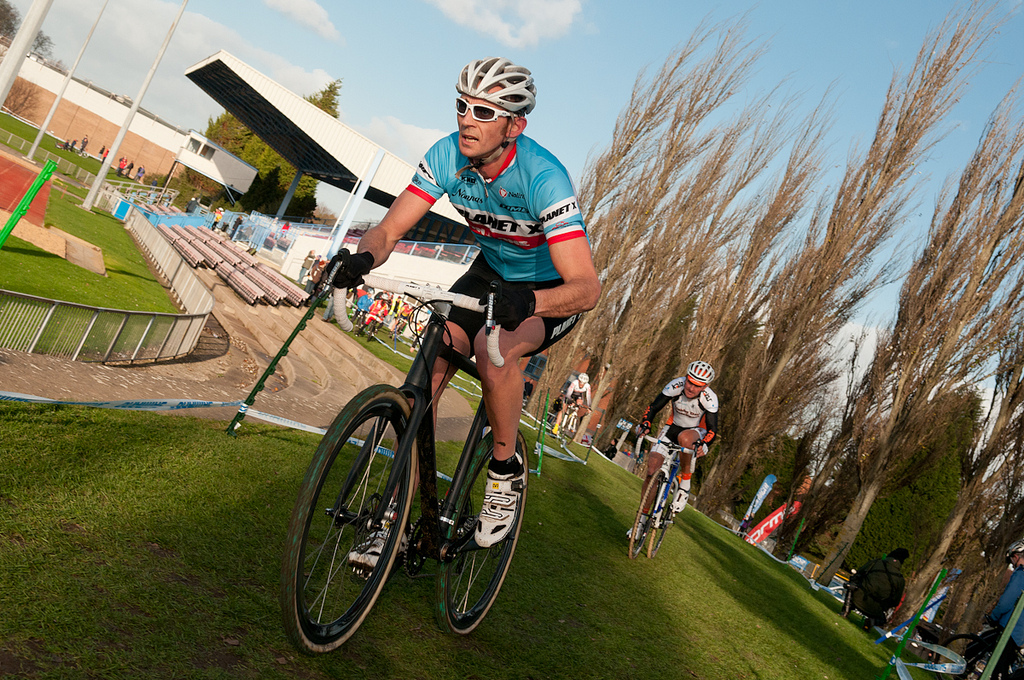 I rode my first National Trophy race for my new Planet X team yesterday and it felt kinda weird… Having signed (!?!!) for them three weeks ago my first race at Stadt Moers in the North West league was pretty low key, but it was very odd yesterday over at Derby in the first proper race in my new kit.

I’d anticipated a slightly weird feeling seeing my old Wheelbase mates and various other faces about. Pinning a number on my new blue top also felt a bit strange (not least because my old Wheelbase skinsuit was absolutely knackered and pin-holed to death!) but it very quickly passed. You get into a zone at National Trophy races and become very focused on the race. That’s all that happened.

The race itself went pretty well. I finished 15th which was pretty much what I thought would happen. It was a great course as usual at Derby but not really sloppy or muddy enough to help me out. I rode the On One Dirty Disco and again was amazed by how I didn’t notice it was there. That’s how a bike should be. Others around me slipped a bit or faltered into the course tapes on the tricky corners whilst I just bided my time and gradually worked my way up from the 6th (next-to-last) row of the starting grid (a by-product of an injured start to the season!). It was nice to be so relaxed. Having the bike so well tuned and spec’d is great – I did feel very relaxed on the start line. The position is bang on and those FMB tubulars on 50mm carbon rims left me in no doubt as to where the bike was going the whole race. Point and shoot.

A hard week of intense training coming up now though. Have to get my strength and speed coming on a bit. They’re the weak points still. Wish I could blame the bike.