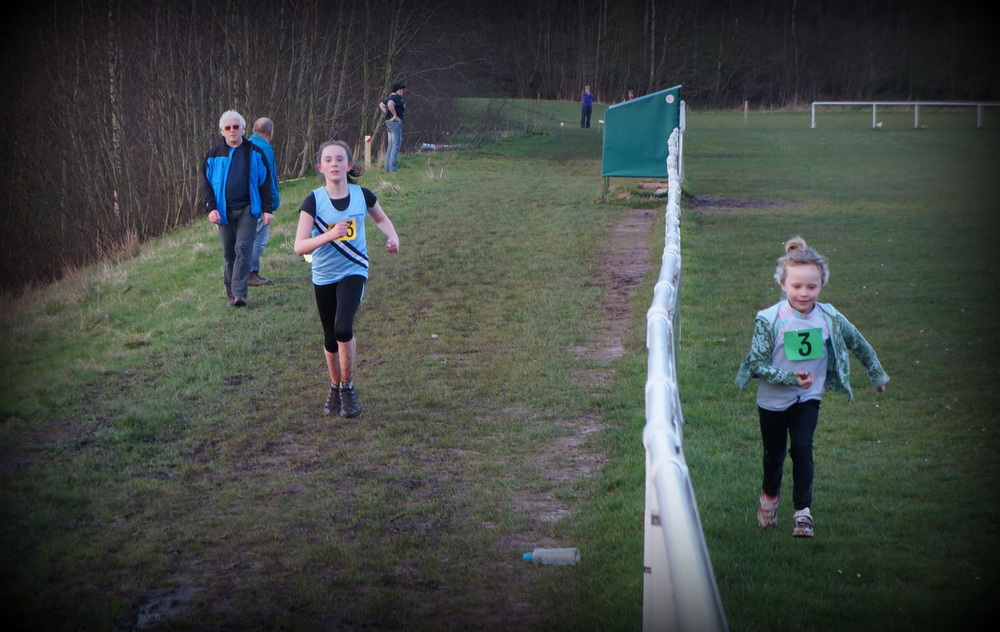 Took Lily and Elsie to do their first fell race this evening at the traditional ‘clocks just changed’ Liver Hill race in Rossendale. Run by our home club, it’s great to just be there, but with it being Elsie’s first running race, it was a special evening for a proud mum and dad.

It was almost fairy-tale, in that sporting stoicism shone deeply in my littlest girl (the type we’re just used to now in her big sister). Almost… but for a crumbling into tears on the start line. All the under 14s went off together, but ELsie’s age group, the under 8s, were to turn round a little sooner up the muddy course than the others, running about a kilometer. However, with all the Rossendale Harriers girls looking at her and saying “she’s so cute”, as they tend to, Elsie suddenly awoke to the fact she was the youngest and smallest under 8 (at just 5). She freaked and decided she would sit it out. By the time the 4 or 5 minutes of cajoling her for a jog (coincidentally on the course) had happened, she restarted the race (with me at her side) and went about it with quite scary levels of vigour. Job done.

She came in to claim her Cream Egg, belted it down her mouth, and that first running race experience was a historical event. Then she carried on running about with boundless energy, until Lily’s longer, steeper course was over. All of it makes me gleam with pride, as you can probably tell.