It wasn’t broke so not much needed fixing.

Another gem of a family hol making the most of our nearest neighbour. Brexit was all a shock to the Haygarth system and we needed Euroengagement as a tonic. 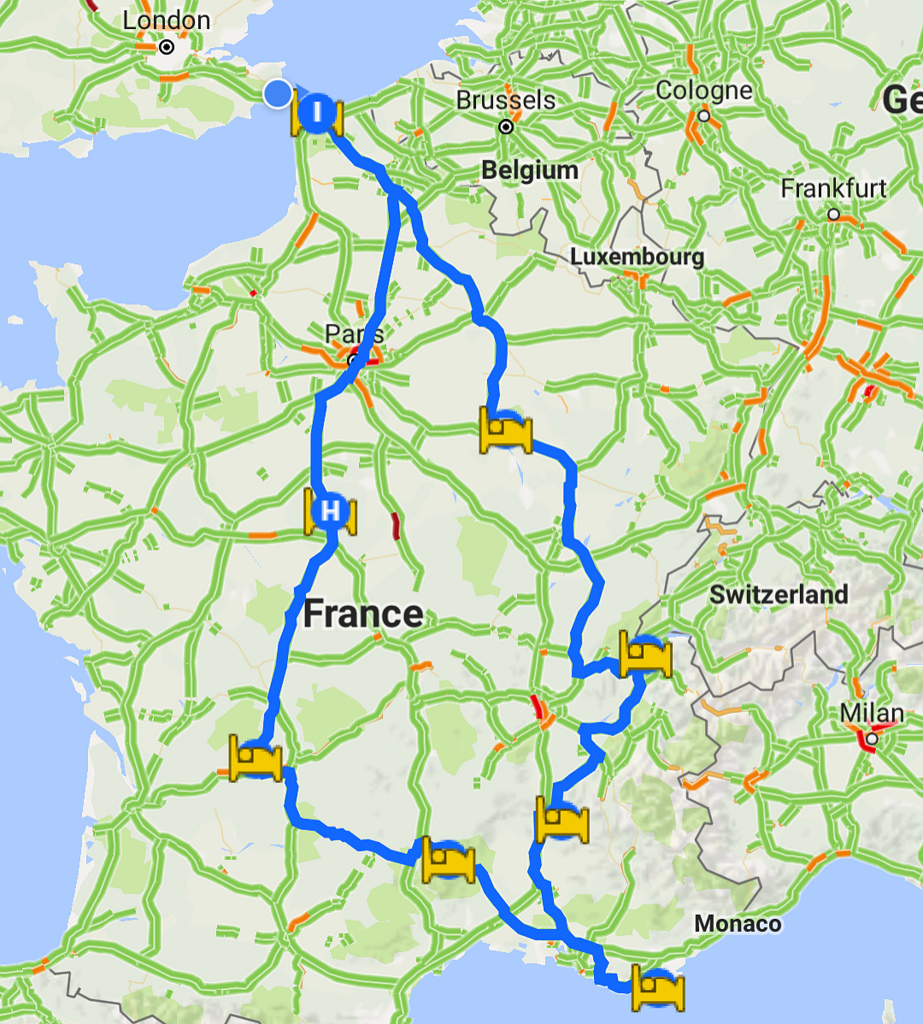 A lens-shaped trip down through the central-eastern fringes then back via the central side. The usual Haygarth week on the med was lovely too.

The things we learned most this time was that, as in life, the journey is life. The destination is just another stop along the journey. The places we’d planned to spend one or two nights in we loved dearly – where sometimes we’d planned them as a stop-off of convenience.

A couple of nights in Geneva were a lovely non-French excursion too – just to remind us how dear some places can be – but also genuinely a lovely caravan site right by the lake and some fun in the water.