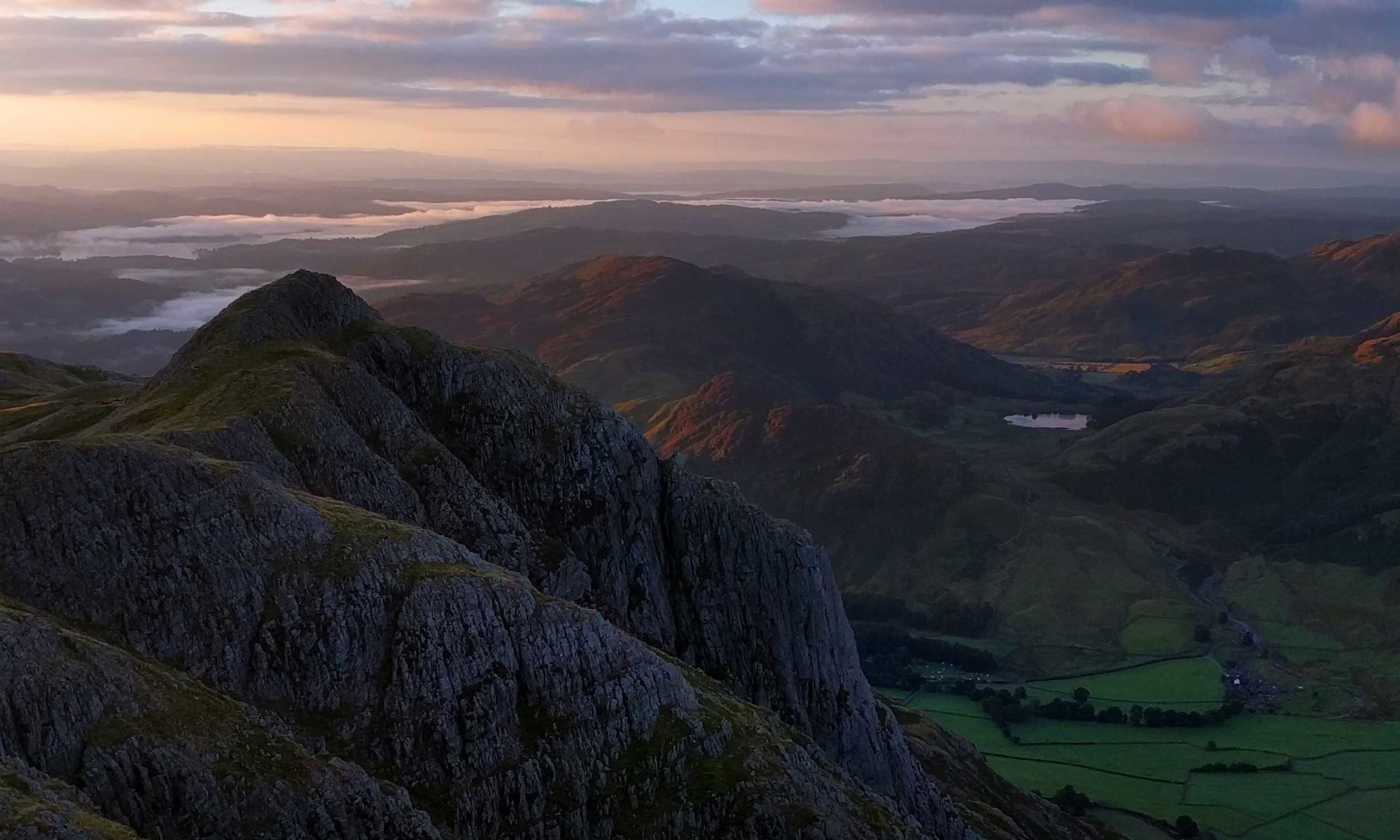 The Bob Graham Round initially beat me, then I beat it back.

I thought I’d put it to bed when I completed it back in June. It certainly felt that way. In one very big sense, I had indeed put it to bed.

One of my helpers on that fantastic day was Dave Ward. A fellow Rossendale Harrier, Dave was one of the people who immediately offered his services to come to my help even if, truth be told, we hardly knew each other. Those type of things are normal of course when it comes to the Bob Graham – helpers come out and help. You don’t really have to know them – 5 hours together on the fells gives you a great chance to get to know somebody properly. It’s not like sitting next to someone on a train – it’s a deeply shared experience. And there’s a lot of talking!

Dave himself decided his time had come and he was ready to take on the Bob Graham last weekend. I didn’t hesitate in offering my help and ended up running Leg 3 on what turned out to be a successful attempt. I also helped on one more (successful) attempt too a couple of weeks after mine – that of Ken Taylor. It turned out to be the record for the oldest every completer, and was really great to be part of. But I was absolutely knackered still. It wore me down a bit.

Then this Saturday, when doing leg 3 with Dave, something else happened that’s left me thinking a lot.

In short, I think the leg – just short of 6 hours – was simply the most enjoyable run I’ve ever done. My own completed Bob Graham has flicked a switch and now when I’m on the route, I’m at utter peace with those hills. They somehow don’t present the same fear, because I’ve achieved and beaten the bit that was making me fearful.

Of course, they’re a daunting and dangerous place, but somehow they took on an entirely different shape to me this weekend. They were not like obstacles, they seemed like extreme play equipment.

I was a little bit nervous going into Saturday because (up until my Kefalonia hols) I’d hardly run more than 8 miles a week since my Round. I didn’t want to let Dave down, but the second we got moving, I felt a warmth from the hills that is hard to put my finger on.

It was a wonderful buzz. Those mountains keep changing shape.

There was, of course, the wonderful craic you have with the others helping. We had two ‘new’ guys along – Ben and (yet another) Dave from the Harriers. They got a wonderful insight into the Round on what to me is the best leg of it. That was a nice thing to share and be part of.

Then there was Dave Ward himself. Dave ran the same leg with me in June. I was up a lot on schedule back then so ‘content’ in one aspect, but looking back it had been a worrying time with so far to go and so much more yet to come and potentially to go wrong. Helping Dave this time was lovely. Not just “payback” but something I was deeply investing myself into. I’d helped 3 rounds now this year but Dave’s was a little different since he arrived ten minutes or so down on schedule. I made it my absolute priority to make sure he gained those back. (We did, plus 12 more!)

But then there was Paul. I have the deepest respect for Paul Myers. A wonderfully capable runner who, in his own right, is incredibly strong over distances and terrain like that. But he’s more. He’s the man who was by my side in 2017 as the weather turned sour and my first attempt fell to pieces over the course of Leg 3. He’s the man who kept strong and level-headed. Optimistic. Chirpy. Caring. Paul is all you need on the hills. (Except for good weather). Paul could easily finish a Bob Graham if he wanted to. He chooses not to, because he doesn’t want to. (You have to want to!). The best company a man can get.

Spending 6 hours with Paul, along with Ben, Dave and Dave, was what it’s all about.

A fine day out in the hills. The finest.