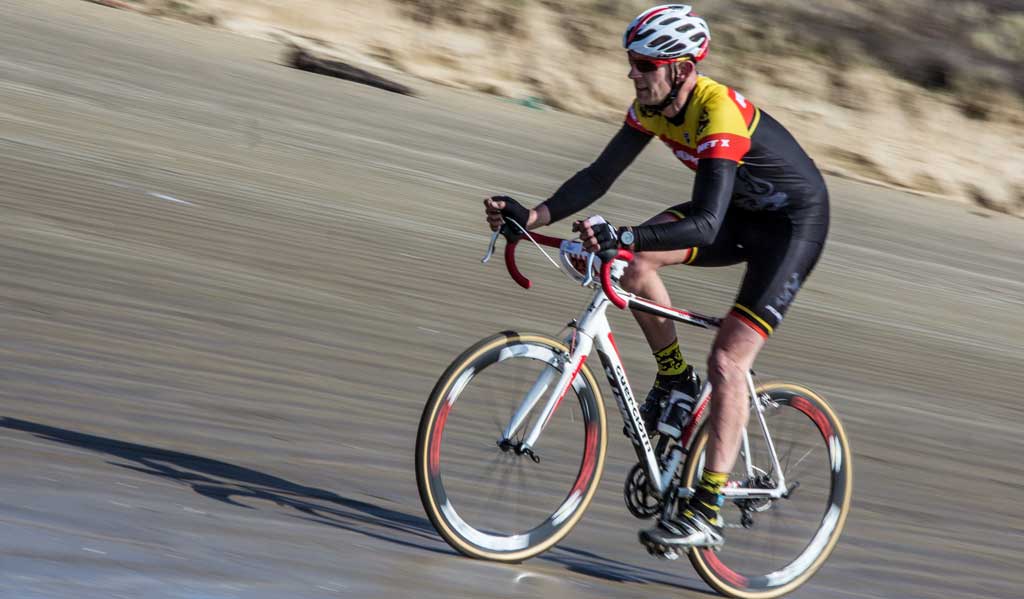 It was sunny and I was on a beach. That’s the short version. When you go to the beach and it’s sunny, you have fun. That never changes. END_OF_DOCUMENT_TOKEN_TO_BE_REPLACED 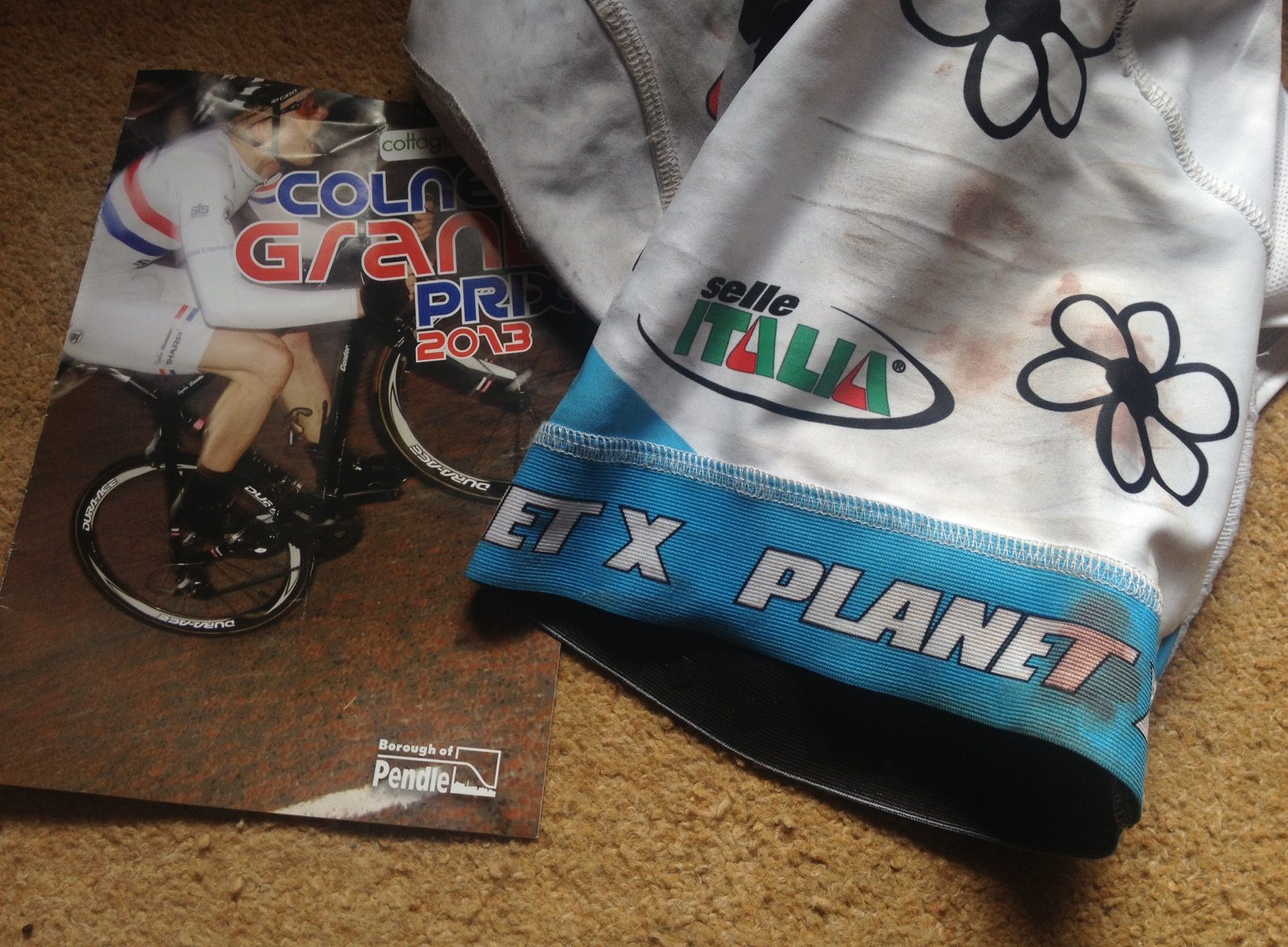 Last night was my last race for a bit. Colne Grand Prix is a race I have ridden loads over the years. It’s a great race. A very simple town centre criterium on a very simple course. The corners are fast and flowing, and it always has a great atmosphere with the course packed full of people on either side. I’ve ridden there the last nine years and only missed one, and still felt I had my 2005 podium somewhere in my 43 year old legs if I got it right.

Katie and the girls had come to watch. That’s a fairly rare thing; the pain of dragging two mildly moaning but very lovely girls to a freezing cold cyclocross course in November is bad enough to put anyone off for life, but a town centre crit on a balmy summer eve is something a bit different. And they had ice creams there. So I had my entourage.

From Casual T to Casualty

The build up to the race was the usual Haygarth chaos. Despite being very well organised (for me), and getting there in plenty of time, on a glorious summer’s evening, I forgot my racing Jersey, so had one together from the rather casual ten-year-old T-shirt I was wearing. What a nana. Actually it didn’t look too bad really. Okay, it did. But I was there, I had a number on, and there was a race to be done.

The race itself was unsurprisingly very fast. Gone are those days when a 3rd cat crit is stop-start or slow. The first ten miles or so averaged 26.5 mph and only started to dip a bit as people settled in. There was no riding off the front on a warm night with little wind, so it was a matter of decompiling the forms and strengths of the riders around me and working out when to move up for the inevitable sprint.

As it worked out, I managed to avoid the inevitable sprint, by being right behind the almost inevitable crash on the final bend. With 250 metres to go, two riders in front of me hit the deck and that was it for me. I lurched over the top / side of them and hit the floor on my good side, but still somehow managed to pop out my bad shoulder.

Anyone who’s dislocated one before will identify with the all-consuming pain. I was calm in a way, reassured by knowing what I’d done and that 95% of the pain would be gone once they’d got it put back in in hospital. Panicked, to an extent about what Katie would think of me when she saw me in an ambulance – again. Never easy that stuff. But most of all, upper body movement of any description caused groaning, moaning agony. That needed sorting.

St John’s Ambulance were there and were ace. But they did run out of Entonox (gas and air!) after I’d relaxed my muscles for 15 mins or so. That was a bummer. When I eventually got to Blackburn Royal Infirmary and waited 20 minutes for some more Entonox, I was borderline passing out. Not being dramatic, just consumed by pain. Temporary pain though. Lordy, did I tote on that stuff when they got me some. It was amazing. I heard echos and weird reverberations, spoke jibberish, and saw in tunnels. But it relieved it.

They have to X-Ray you when they do these things. It’s easy and cynical to say they just have to follow procedure and it delays the process, but obviously they need to know what’s what, even after two prior dislocations of that shoulder. I was in for a bit of a surprise though. I knew they’d have to move me somewhat in my wheelchair to get the pictures they wanted, but after three blurry attempts to get the right angle, they leant me over in such a painful pose that something went click. I gurgled out some intense swearing, then took in so much gas that I could barely see straight. Only two minutes later did I realise that by moving me, the sonographer had accidentally manoeuvred my shoulder back in. I could have kissed her. But I didn’t. I was sweaty and half bloodied. And she was probably not that interested in me, to be fair. Don’t blame her.

We all rolled in to the house rather late last night. Priority was to get 5 year old Elsie tucked up after an excitingly late night for her – and Lily too – but Katie and I stayed up and chatted for a while. It didn’t seem right to go to bed – we were a bit buzzing. And I wanted to tweet about it. First things first. But it was only a few polite tweets, then bed.

It could be seen as a snap, spur-of-the-moment decision, but with some clarity I’ve decided to do all I can as quickly as I can do get the Labral Repair surgery (link) done that I’ve been put on a waiting list for. I’m not prepared to put myself in any more risk positions until my body is fixed. The potential advantage of carrying on until the op was highlighted to me last night as very marginal, if indeed of any advantage at all. Towel thrown in.

It’ll be very strange in so many ways to not be training for the 3 peaks this year. The first event without a Haygarth in it for 20 years, with my brother Phil absent, too. But I’m very clear that it’s the right decision and that I will come back strong and enthusiastic. I’m quite looking forward to the idea of watching the race, in a way. A whole cross season out will be hard to deal with too, but there will be more in 2014. 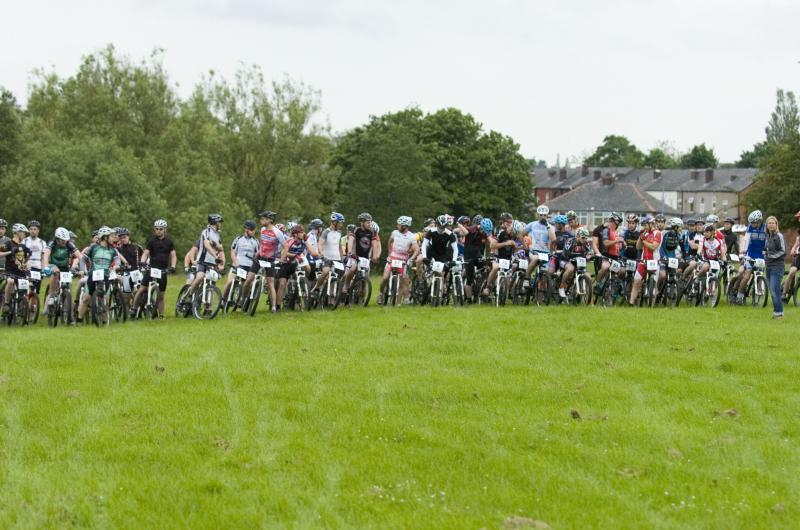 So… my grand idea for Hit the North this year was to lay to rest any speculation that it’s faster on a ‘cross bike or mountain bike. In a two hour race, I would race half on one and half on the other.

After a second place in 2011 at this tough-but-cuddly suburban event inside of the M62 circle, I felt in a good position to prove in incredibly unscientific fashion whether the bike you’re riding is key on a course like that… END_OF_DOCUMENT_TOKEN_TO_BE_REPLACED