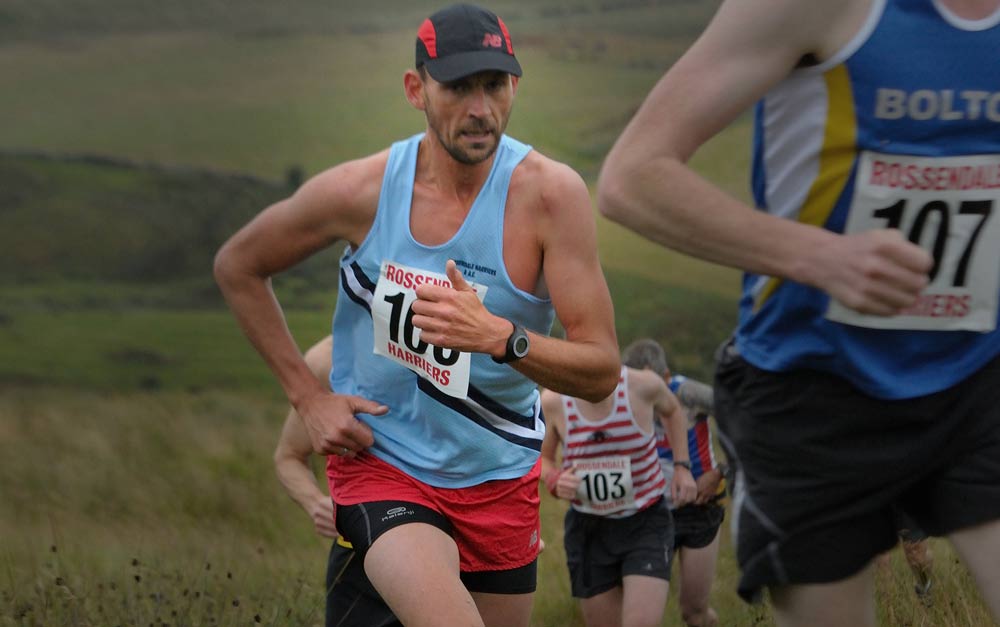 I pick my events to blog about. I do quite a bit and blogging about them all like some training diary could get dull.  But in my modern era (i.e. since I started blogging in 2004 and started collecting GPS data in 2007) the Golf Ball fell race has been covered with almost obsessive regularity.

The low-key local 5.6 miler run by Rossendale Harriers is held at a good time of year from me.  It’s sandwiched between getting back from summer holidays and the intense bit of training that leads up to the 3 Peaks Cyclocross. That means it’s a classic case of MTFU and just go and get a competitive event under your belt for me, hence I’ve done it seven times now since we moved to the area. The first in 2005 was my best result – I was running pretty intensely back then and at a shade over 40 minutes I was in the top ten. But I’m not writing about the intricacies of each year’s results, I’m interested more in how data and GPS files can really start to work for you.

Finish times themselves (right) tell us only a small part of a much bigger picture, of course. This year’s race, for example, was filthy and very wet.  But I have started to learn – over recent years – from the heart rate graphs after each race. I can start to piece together just how to get the best out of myself on the day.  In 2010 I had a bit of a shocker (see right) but soon learned that going into the red on the first climb meant a massive lag in order to recover. Over the next few years, I’ve got the start climb honed to perfection, and on Wednesday evening, it went perfectly. Looking down at my heart rate, I could know exactly when I had capacity for a small increase in pace, and when to knock it off. Importantly, both of those times were kept to a minimum, and I ran on a fine envelope of heart rate (between 172 and 176 bpm, if you’re interested) and squeezed every last ounce out of myself by the finish.

Well … I’m no sports scientist, nor am I claiming that this is anything other than scratching the surface of science… but it shows me that I can learn and improve, even in my mid forties, with a bit of analysis. I’m too flighty and competitive to run on gut feel and try too hard to stick with runners I can’t stick with… so the HRM and me will need to set the race pace ourselves. A little knowledge is a dangerous thing.