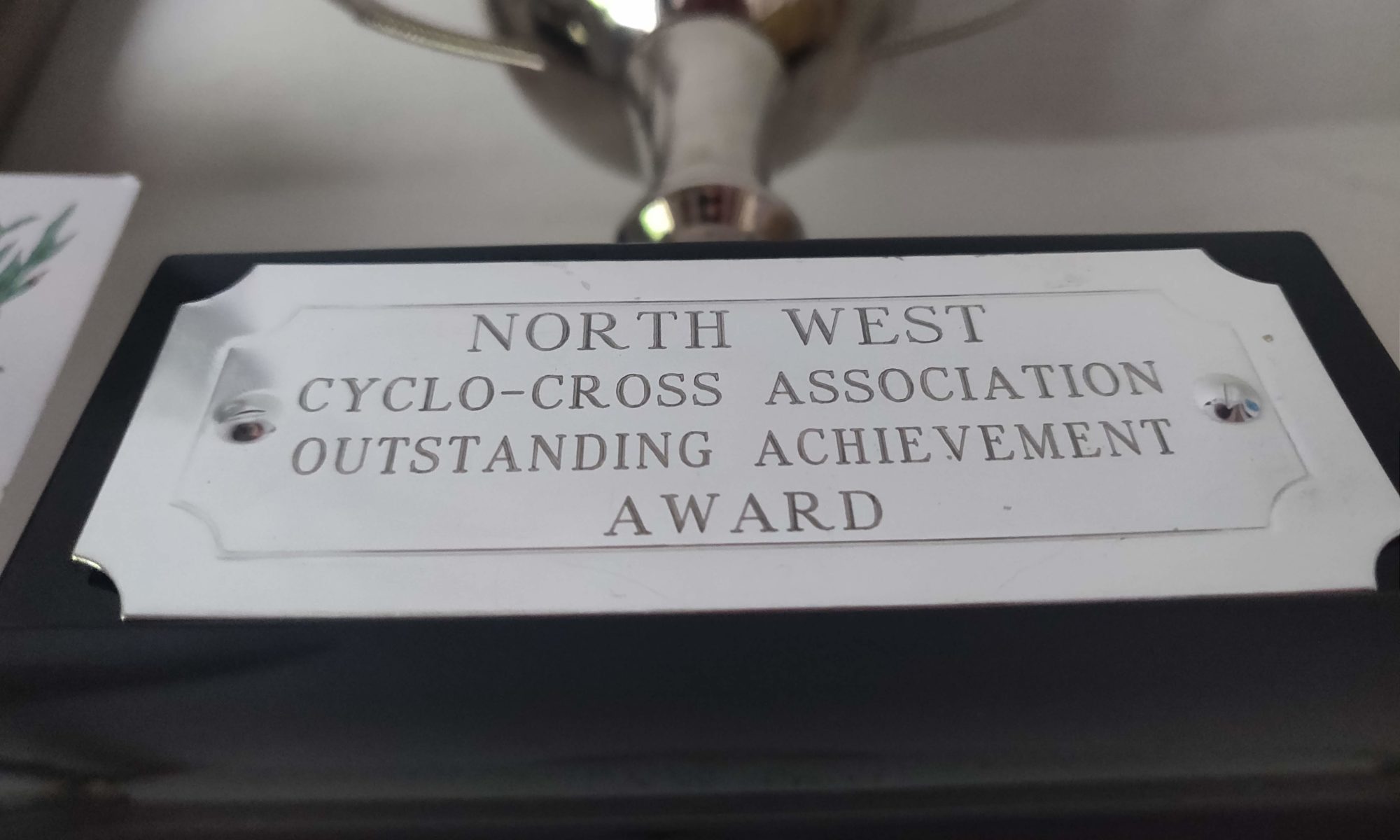 The North West Cyclocross awards evening is always a good evening out. Seeing people who you almost always see in dirty lycra / helmets / bobble hats / waterproofs etc. Eeeh they do scrub up well.

It’s been a couple of years since we could make the awards evening. Family holidays and trips to the Worlds getting in the way. We were excited about heading over to Preson last Friday. despite the NWCCA somehow getting the crappy end of being double-booked and ended up in a marquee in early March.

Awards for cyclocross in the past for me has been a double-edged sword. On the one hand, I have enjoyed the recognition from my peers / opponents for getting a result in the season-long series, but generally, in the back of my mind, there’s been that nagging reality-check that I’m taking an award simply because I was the best of whoever turned up. As a Senior, when I won the league once, it was always a nagging case of “Yeah, but Jebby, Paul, and Lewis are all North-West based and they don’t do the NW League because they’re a bit too … erm … good“.

And thus it remains to this day. Except I don’t even get near the top of the league despite my willing myself to be the best I can. The quality has improved, for sure, but even with my two wins in the last decade of the Veteran and V45 leagues, it was still a bit “Yeah, but…“. It was all about being just ‘the best to take part’ rather than the actual best in the region, in my (glass half empty?) head. Leagues can be a bit like that.

That all ended last Friday, with a special award that I took home where there was nobody I could nag myself to take away any of the kudos.

I haven’t written a personal blog about this, to date, but in October, I sank myself neck deep in the biggest cyclocross project I could think of. The North West region had not seen a round of the National Trophy since 2005, and with the help of countless people from across the region, I took it on myself to put that right. The event, held over two days, was an utter success and a joy to be involved in.

Round 2 of the National Trophy series was ultimately my gig but a massive collaboration and coming together of people to make it happen. But unlike the “Yeah, but ” moments when I was awarded the league winner’s trophies in the past, I realised when I was being awarded the NWCCA award for Outstanding Achievement on Friday, that this was ultimately just my own award, and no quibbles – the event would not have been there without my doing it.

I covet it and look on the trophy with utter pride.