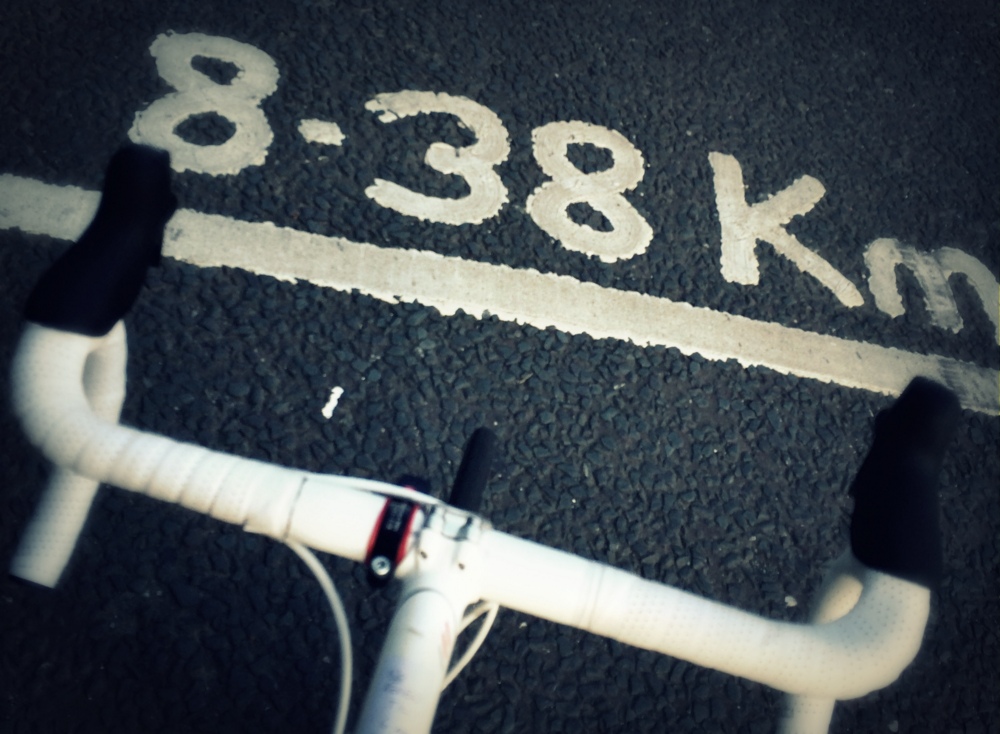 I rode my bike a long way. And with a lot of climbing.  That’s all. END_OF_DOCUMENT_TOKEN_TO_BE_REPLACED

It’s been a slightly unorthadox ‘summer’ so far for me on the bike (I mean summer in that context as being after the clocks change!). Started okay at the SiS Crits round the fast 1 mile circuit at Preston. END_OF_DOCUMENT_TOKEN_TO_BE_REPLACED

Fantastic 24 hours camping at the Deershed Festival over near Thirsk this weekend. Sandwiched between rain on Friday and Sunday, we managed to enjoy a pretty sunny day of musing and moseying to music and general arts. END_OF_DOCUMENT_TOKEN_TO_BE_REPLACED

A great day out. It’s such an event for me – and to have it at Bradford, within the hour from home, was such a pleasure. Adding to that pleasure was the fact that mum, Katie and the girls could all come out and watch me on the relatively short day trip.
END_OF_DOCUMENT_TOKEN_TO_BE_REPLACED

I had a great day out yesterday doing the event that I go through in my head for 364 days of the year. In my sporting life, it’s the absolute pinnacle of the year. I essentially had a ‘clean run’ with no punctures, indeed no mechanicals whatsoever to talk of. A first, I think.

The dry ground was a bit of a surprise. A recce ten days before had left me thinking it was going to be a soggy, hard day out. The speed at which everything dried out with no rain at all during those ten days was quite a shock.

For the second time, I used a three-bike strategy that worked really well for me. Having some faster, more expensive and more fragile carbon wheels for the road sections gave me a lovely break from the utilitarian and a bit sluggish Maxxis Locust tyres that cope so well with the rocky parts of the course. Tolly and Simon were great with the changeovers and it’s so reassuring to know that if something did go wrong, there’s a bike and helper not too far away.

In near perfect conditions 446 riders set out all together in an enormous, stretched out bunch from Helwith Bridge at 9:45 exactly. The unmistakable sound of Roger Ingham announcing the race was approaching sent a shiver down my spine – I’ve been here so many times before but I was very, very edgy, and was finding it hard to turn the pedals. When we’d done two of the 3.3 miles ‘escorted’ road section, my GPS told me that we’d averaged almost 25mph. The neutralised section was, thankfully, not very neutralised, as the speed helped to keep the riders strung into a longer, thinner bunch.

By the time we reached the ‘proper’ start at Gill Garth, I was struggling to stay in contact with the front of the race. I was feeling decidedly sick and not at all comfortable. In my heart of hearts, I knew that this was nerves, and just had to keep myself plugging away. I was in around 60th place as we got onto the first open field and onto the fell. I was feeling slightly better but my pride was dented and I had to bide my time and just get over it.

As the climb of Simon Fell got ever steeper, I managed to start picking my way slowly through people. I started to feel much more like my normal self as we re-mounted on the slow terrain on the ridge to the North of Ingleborough. I reached the summit checkpoint not knowing where on earth I was placed, but feeling like I had my work cut out to better my previous best position of 15th (in 2006). A later found that I was 30th over the top, (thanks to the excellent electronic event timing!).

I consolidated on the descent taking a number of places from people who are clearly better at running up hills than riding down them (thank the lord for such people). By the first bike change at Cold Cotes, I was feeling pretty good, and linked up with Keith Murray (a good reliable workhorse) and someone who’d had to run quite a bit of the Ingleborough descent and was in no mood for working. Keith and I were spurred on to try and make contact with Stu Bowers, who we could see just ahead (and did just catch at the foot of Whernside).

Simon made his first ever bike change for me(!) at Chapel le Dale and soon I was dismounted and alternating between running and walking up the steepening path of Whernside. By the summit, I was starting to get the first feeling of fatigue in my legs. I’d been going for 1 hr 45ish and had averaged 170bpm on the heart rate monitor, so it was okay to start feeling tired… I just had to keep fluids and minerals coming into my body and not over-exert myself.

The track over the summit ridge was pretty much as it has been for a few years now. Fast and with good traction, it’s one of the areas of the course where a good climber will make up some ground. Not being a good climber, I managed to limit my losses and kept the cadence pretty high on the bike, and hit the summit 21 seconds ahead of me. I soon made this up on Keith who was going through a bit of a doddery moment on the top part of the descent (we all have them!). We headed down together catching once again those nimble little fell runners who descend like the light boys that they are. (I’m just jealous of their weight!). I took a dramatic trip over the bars and enjoyed an incredibly soft landing at one of the gnarlier parts of the descent, but when i looked back, it seemed that Keith had gone the same way – he was nowhere to be seen. I had to plough on to Ribblehead making the most of my fairly good speed on the flatter, faster dry mud track.

As I dropped down to the viaduct and headed up to my bike change (thanks again, Simon and the lovely Katie), I made contact with two other riders for the valuable load-sharing on the fast road section to Horton in Ribblesdale. I pulled ahead of Phil Hinchliffe and Steven Macinnes inadvertently (I didn’t want to be on my own on the road!) so managed a quick banana and a good slurp on my Science in Sport ‘Go’ drink in the bottle, before being rejoined by them and we shared the work fairly well on the way into Horton, where Tolly was waiting for me with the bike for Penyghent.

Another smooth change and I was on my way up the rocky scar road. It was nice to spot Andy Rushforth snapping away. I was unsure whether he’d be out and about as he had some visitors over, but it’s great that he found the time and got a great set of pics, as usual. The climb of Penyghent seemed pretty much as I expected. I kept a sensible cadence up making the most of my bottom gear of 34 x 27, and didn’t panic when I quickly lost contact with Steven Macinnes, who clearly was going to climb way better than me. I stayed with Phil Hinchliffe on the climb and kept alternating between a walk and a run up the evenly graded track. I surprised myself a couple of times with how fresh my legs felt when I ran, but fatigue was quick to catch up and I had to walk every so often.

It was great to see Rob’s lead looking so utterly unassailable, and also a good morale boost to see that Lewis and Stu had both had seemingly good rides. Things had gone with form and it was reassuring in many ways to see Stuart ahead of me again after his dreadful ride in 2006. He’s a quality rider and as a team mate I genuinely share in their success. Talking of team mates, Damian Smith – relatively new to Team Wheelbase and an unknown quantity to me was closing in and only ten seconds or so behind me by the summit of Penyghent. I have appearances to keep up and needed to get down there pronto. On top of that, I was under the impression (misguided as it happened) that I might have been on for tenth spot if I got my backside down there quickly.

I went off like a bull in a china shop down the fast top bit of the descent. A few hairy moments but I was seemingly getting away with things, but I suddenly hit the deck whilst trying to overtake Ian Taylor – a fellow seasoned three peaks campaigner. I took a daft line and lost my front wheel down a pothole. I was quickly back on and caught Ian again before we hit the scar track, where I later found out he punctured.

I was in no mood to slow down now so near the finish. I took the track recklessly and paid the price when I took a high line way too fast and caught my front wheel on a rock. I went down hard and fast and my shoulder took a pounding. Adding insult to injury, I went into immediate cramp and had to nurse my hamstrings as I tried to retain my disturbed momentum. Not a good moment. I was a bit shaken and sore from the cramp now. The easiest bit of the descent followed, but my flow was well and truly broken and Phil Hinchliffe caught me near to the bottom.

With cramp a clear and present danger, I made the decision not to change bikes in Horton for the last couple of miles. Despite my best efforts, it caught up with me as it did three years ago on the otherwise fast and easy run in to Helwith Bridge. I had to let go of the valuable wheel in front of me and swore very very loudly as I was unable to move my legs in any cohesive way. Watching someone just ride away from you after a hard day out is soul destroying. What made matters worse was that I could see Phil cramping up 100 metres ahead, but as I recovered, so did he. I was once again strong again to close the gap but it was too late, and I rolled in a couple of seconds down in what turned out to be 13th position.

The time was good enough for a PB after eleven finishes in the event – shaving a fairly healthy 4 mins 59 seconds (irritating, huh?), coming in in 3:22:24.

Some 30 years on, history repeated itself yesterday as we decided to make the most of some gorgeous summer conditions and spend an afternoon by the river Wharfe in Hubberhome. Going to exactly the same spot that I went to as a young boy, Lily and I frolicked in the cool water with the inflatable dhingy, Elvis dug all day for always-just-too-large stones, and Katie and Elsie managed to sneak in a tiny bit of chilling time. Just a bit.

I rode home on the bike in the boiling heat and got a few miles in, which was a lovely thing to sneak in.

We made video with incredible similarity to the family cine films of 30 years ago, including me looking scarily like my dad when I swim.