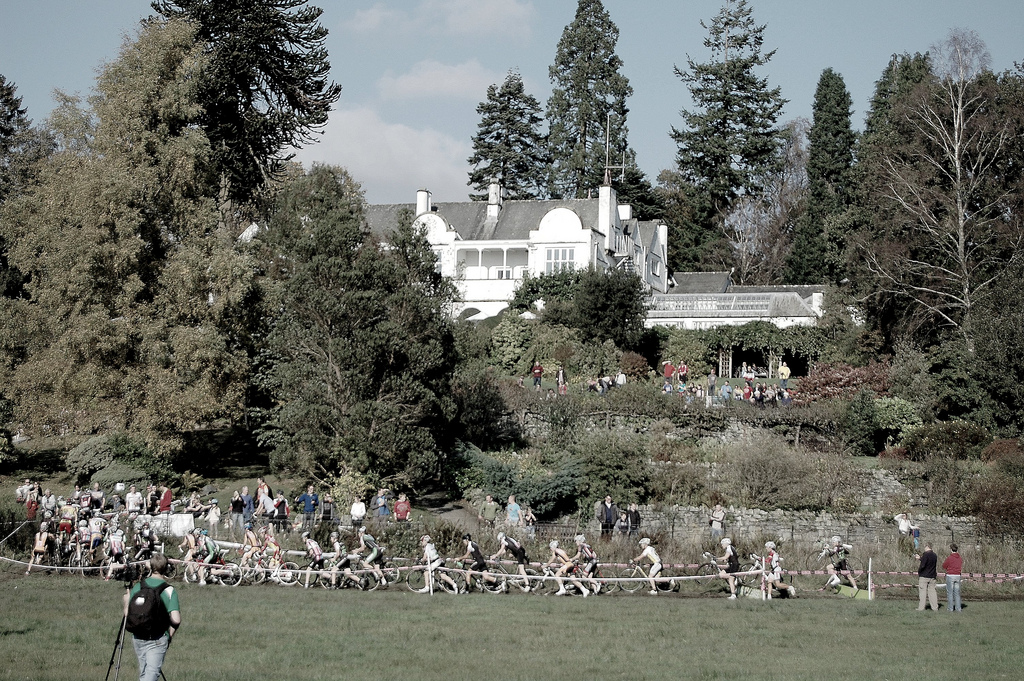 It’s too much of a rubbish cliché to talk of renaissance in cyclocross.  Effectively it’s inaccurate, too.  Cyclocross in our country has quite simply never been more popular. Rider numbers, spectator numbers, bike sales… the whole thing. It’s pretty much there now and has been for 3 or 4 years really.

But today, I’m beginning to think, things moved on – to something bigger. Something even more exciting.  A gear change.  I’m cringing at saying it but I suspect it may well be to do with money and marketing, and something big is afoot.

Today’s round one of the Rapha Super Cross in Brockhole on the shores of Lake Windermere was something just a bit more important than it seemed.  To date, in this country at least, the big cyclocross races in this country have been the British Cycling National Trophy events (or the National championships). They deserve to be big – they’re a pool of the best cyclocross riders coming together bar none (okay – bar Bibs, Fieldy and Roger Hammond generally, but almost bar none).

But now we have grown to something big news. The racing today was just another step on. By introducing a new Tour Series style Team Event to cyclocross (where the highest place team win) we get to see some very special in-depth battles.

For me, personally, the key words there are ‘get to see’. I was miserable as f*ck today the moment the flag dropped and I stood ther with my not-quite-healed collarbone watching the Elite race going off.  “it could have been me” I couldn’t help but think – I was on the team rosta for the event three weeks ago… but all of that very quickly evaporated and my envy of the rider was replaced by a sense that I was seeing something fantastic unfolding in front of me.

I watched an Elite cyclocross race and I have never, ever done that.  It was  wierd but kind of … well… okay (… helped by Duvel). 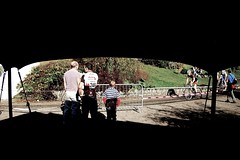 My point is, it has taken someone like Rapha under the cunning eye of Rouleur Magazine‘s Ian Cleverly – to bring this to us. It is nothing that British Cycling could have brought us.  It’s simply beyond their remit and imagination – and mine too. It’s branding, brand awareness, marketing, below-the-line… whatever – I suspect Rapha as a brand will get something subtle but long lasting and – importantly – return on investment from this clever series. And they deserve it.

We have our Todmordens – London has its Herne Hill Halloween races – we’ve all got our special races… but bring on a corporate with the funding and balls for something a bit bigger and we have shifted up a gear. I was there.  I watched it.