My, what a day out. Or rather, ‘What an evening, night and morning’ out. There was so much preparation, an impeccable team of helpers, and plans that would make General Haig look like a chancer. I’d trained and was in great shape. All I had to do was put one foot in front of the other for 23 hrs and 20 mins, and my Bob Graham Round would be completed.

Without wanting to jinx things, I was feeling so incredibly ready for The Round – physicaly, I knew it was in the bag. Mentally, I’d had a wonderful sleep the night before and a calm, über relaxed day, good food, and to cap it all, the legend (and double-Round record holder) Nicky Spinks just happened to be walking by the Moot Hall in Keswick five minutes before my start and wished me good luck.

The first leg (14 miles north of Keswick with 5,500 feet ascent) flew by in seemingly a moment. Steve and Craig were perfect companions. Craig, with oodles of the perfect type of experience) was perfectly balanced by Steve (reminding me I’d promised not to go too fast early on). We were just right.

There you go.  Those words just started to jinx things. We met Phil (driver and mobile food hall) at the first scheduled stop in Threlkeld. Disco music pumping from the nearby cricket club in what can only be described as an inharmonious clash with a calm late evening in The Lake District. Slightly odd addition the the atmosphere. It was Greg, Andy and Steve now taking the support baton. immaculate nav from Greg’s watch meant that maps didn’t even come out. I kept the Mars, Snickers and gels coming down as well as enough drinks to keep me having to stop to wee a couple of times. Not a bad thing. It’s fair to say I hit a few digestive issues just after the start of the leg and realised I’d piled a bit too much down at Threlkeld. Little and often from now on. The leg was dusk-to-night-time and so head torches made it feel incredibly atmospheric. A great leg, made better by running it a tiny tad above schedule and without becoming too tired.

There’s lots of ways to describe the change in the weather on Leg 3. It was forecast to some extent, but you need to cling to a bit of optimism for things like this. Alan’s description was that “the weather crapped out in a major way“. That about sums it up. On leg three I touched every one of the 15 summits but could describe none of them to you as the visibility for the whole leg was like lying face-down in a bath of marshmallows. Quite how Paul managed to get me through with his map and compass in such a relaxed and reassuring way I may never understand in the rest of my living days. Unbelievable.

But weather like that on top of big hills is a different place. You”ll know that if you’ve ever experienced it.  June seemed like a safe month to plan for, but heavy rain, low cloud, and 45mph gusts above 2500 feet in this country is alert time. Not a good time to be on the tops, whether June or February.  Leg 3’s summits mean a lot of time spent near 3000 feet and it simply sapped me. Minor detours looking for lines and trods, never daring to stop in case of heat loss. The disappointment of seeing what amounted to a waterfall down Broad Stand, despite Rich sitting up there in a Bivvy Bag waiting for us, with his rope prepared. No way. Thanks and sorry for the hideous day out, Rich. We’re going to have to go round Lord’s Rake. That’s another ten minutes.

All in all, when we arrived at Wasdale after 41 miles and c. 20,000 feet of ascent, the realisation that this was no longer going to be a success was gradual but became as crystal clear. I was technically ‘still on’ for a 24 hour round, with 8 and a half hours left to finish, but with conditions ‘up there’ forecast to continue for all of Leg 4, I knew that I could add on a further 45 minutes or so at least.  There was no way this was going to succeed.  I abandoned at Wasdale.

So how do I describe this?

Disappointing?
Definitely not. I’d had an amazing experience running with friends guiding and carrying food and drink for me. I ran 41 miles over 30 summits and climbed just over 20,000 feet. How could that be disappointing?

Frustrating?
A little, but not too much.  If there was any real dilemma about sneaking inside 24 hours, then I would now be frustrated.

Unlucky?
Yes – kind of. The challenge of the Bob Graham Round being dependent on weather conditions is no secret to me, but I’d been a bit glass-half-full about the forecast rain. It was only low cloud, rain and and a wind. How bad could that be?

So will I be back?

I will. I’d certainly like to. It’s not looking feasible with other commitments this year. Unfinished business, definitely. I’ve enjoyed the training and prep and the Round was brill up until the weather pulverised me. It’d be a shame not to. I’ve learned though. If it looks dicey on the forecast, I’ll have the balls to call it off.

It’s hard to overdo the thanks to everyone who made this attempt happen and made it such an amazing memory.  From inspiration to physical support to emotional back-up. I’ve been deeply moved by the following people, in alphabetical order, for getting me to the whole idea, to the start and a damned close to the finish.

As well as thanks, my apologies to the Leg 4 and Leg 5 runners who never got to even run their bit with me, and Rich whose climbing gear and prep for Broad Stand was not even touched. All revved up and no place to go. 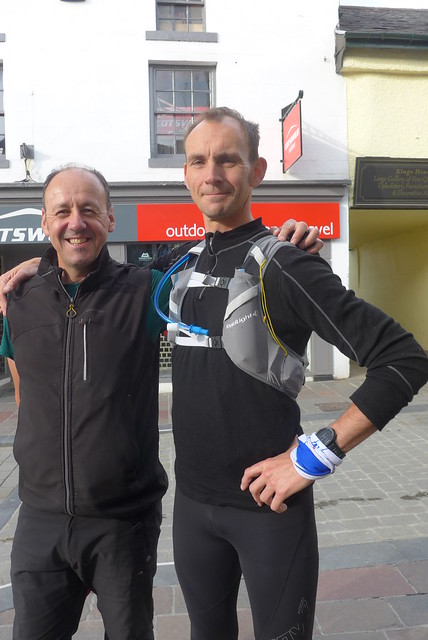 A send off from Nicky Spinks #davehbgr 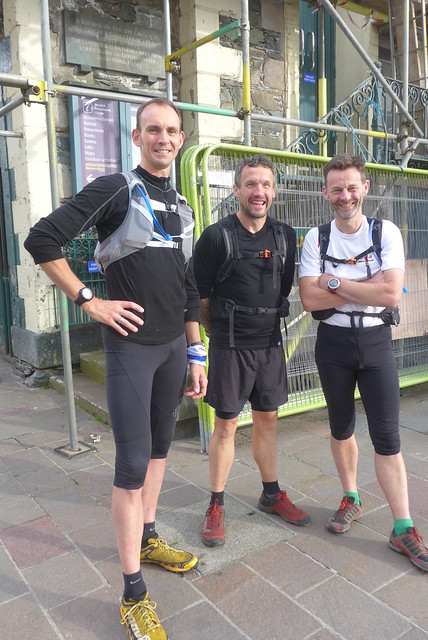 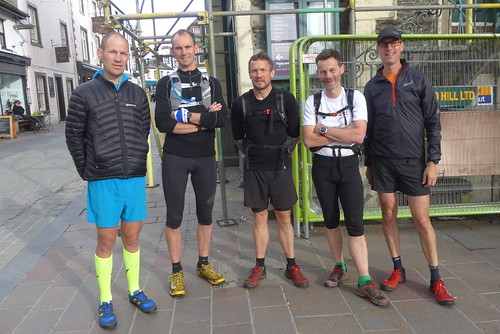 Those black clouds were the sign of things to come… Not to be for @thedavehaygarth on his BGR as the weather crapped out in a major way on Leg 3 and showed no sign of abating through Leg 4. Simply not the sort of conditions that make fast running in the high fells viable for hours on end. It was a total privilege to be involved in the team effort though. 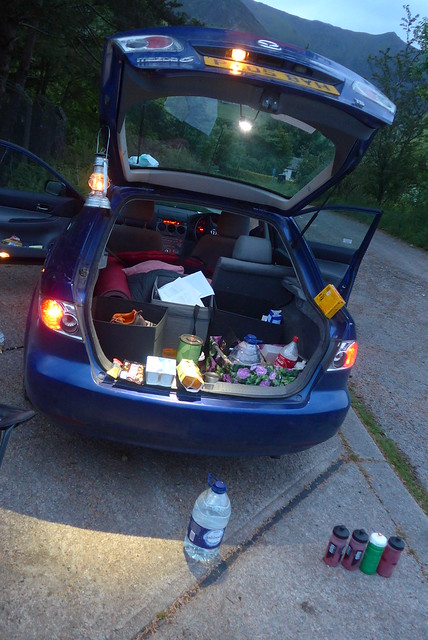 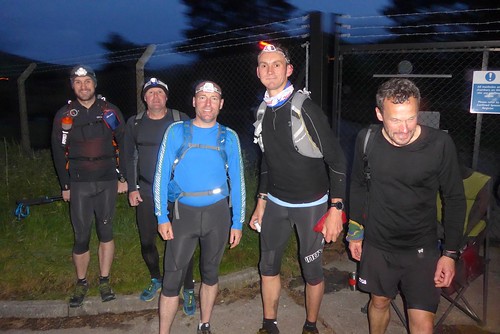 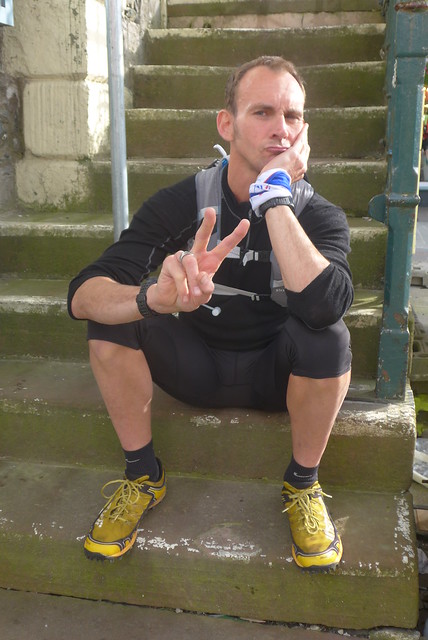