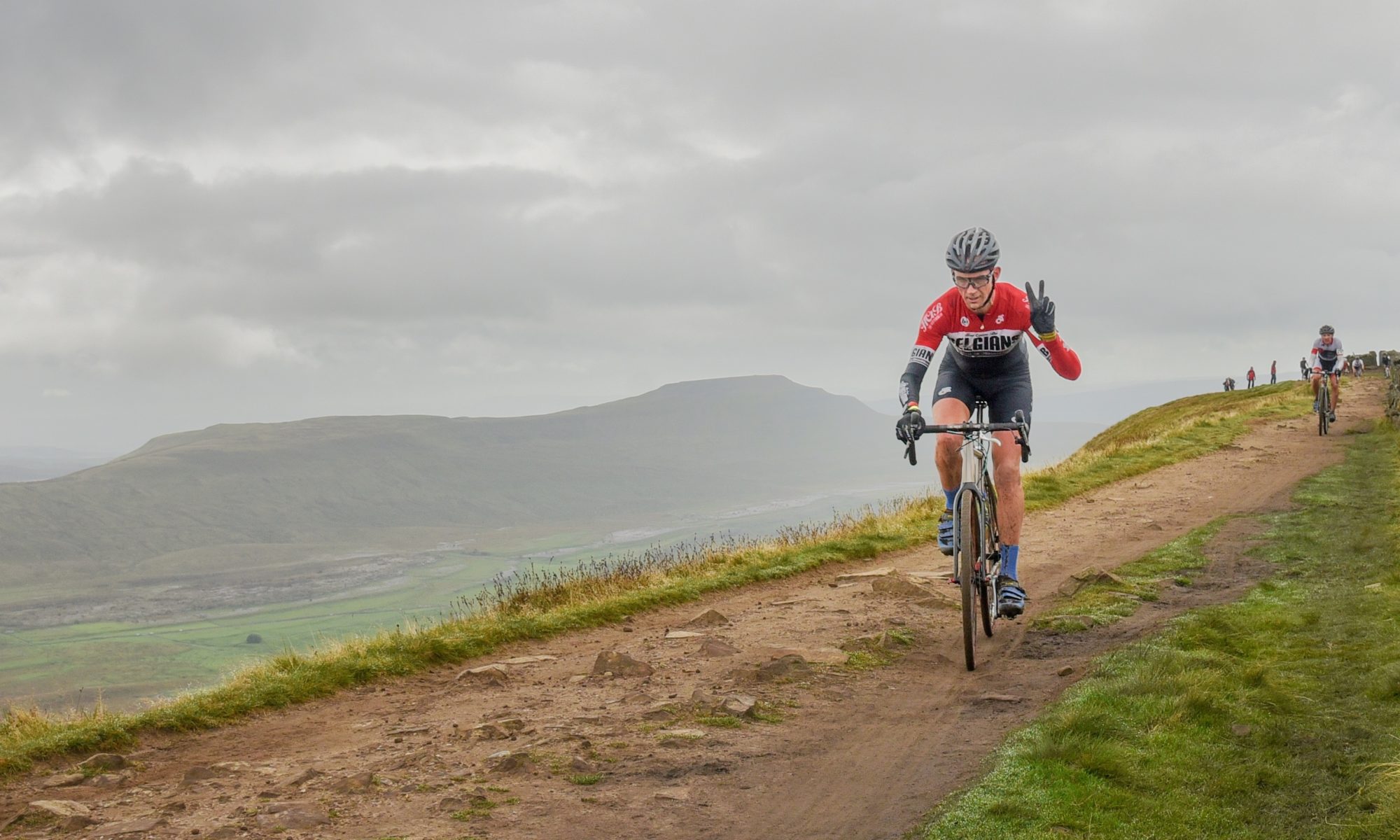 As you may know, I’m a glass half full type. But we all have our limits. Yesterday was a tough day. The Three Peaks Cyclocross is always tough. If it wasn’t, we’d just ride / run / walk faster until it becomes tough. It’s a flipping race. But then, yesterday had its own special place in my memory for extra toughness, but, significantly, extra satisfaction.

Firstly, let’s get the mild celebrations out of the way.

I need to quickly put this moaning to bed though so bear with me. My left hand – as I’d predicted – was up to the job of getting me round. I’m a lucky lad. If that car door thingie had happened a few days nearer the race it would have simply not been do-able. As also predicted, it ‘just’ got me down the descents and the rockier parts. It was not much short of agonising, but I managed to tolerate it. I also learnt a bit about physical pain.

So it’s the end goal itself that can keep you going sometimes. I’d love to have shut out the pain. Macho stuff suggests it’s possible, and to some extent I ground down a good few mm of molars. But ultimately, I just had to ride like a proper mincer on those descents. Hey ho.

My issues aside, it was a great year, conditions-wise. The two significant road sections were generally as wind-assisted as is possible (considering they face in different directions!) and the ground was really dry, visibility good, etc.

I enjoyed the parts that didn’t involve too much hand-action. I rode near the front on the first part up to Gill Garth because I was in no mood to get brought down by some crash in a pack of 595 starters. Then I eased off and adopted my ‘just get round’ philosophy pretty easily.

The hand, of course, wasn’t needed for the big bike-carries, where you’re off the bike for 20 minutes and more, but it seemed daft to exert myself stupidly there, knowing I was just going to get overtaken constantly as soon as I was descending. As a result, it was a genuinely nice feeling to take the pressure off myself a bit and immerse myself in the atmosphere of the race.

Another weird by-product of doing a bit more of a ‘sauntering’ approach, was that I had no twinges of cramp, or any pains like that after. I’m feeling quite chipper this morning.

So that was that. My 20th finish. We even waited about all afternoon for me to receive my special frames print (a carriage clock, if you will, for 3 Peaks ‘cross races). But some admin balls-up saw me ignored and I watched the other few people get theirs. Charming!

Goes without saying, I love this race. I love the people racing, supporting, marshalling, the mountain rescue teams, the officials – the whole shebang – and I can’t wait for 15 September 2019, and my final crack at the race in my forties, and with two working hands! But once again I am most in debt to the lovely people who help me directly. Katie has been at all but one of my races and as she told Adam Henson on Countryfile in 2006, her day is “…exhausting – I sometimes feel like I’ve done the race) 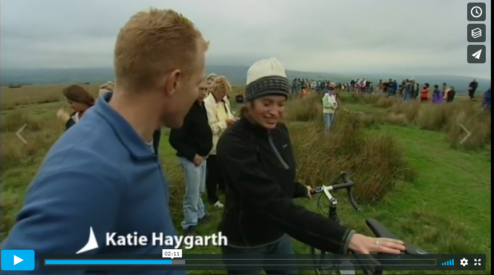 Thanks also in bucket loads to Phil, Anne, Matt, Angus and Helen, and to Lily and Elsie for their role in everything from screaming my name to riding ‘just in case’ bikes around the Dales.