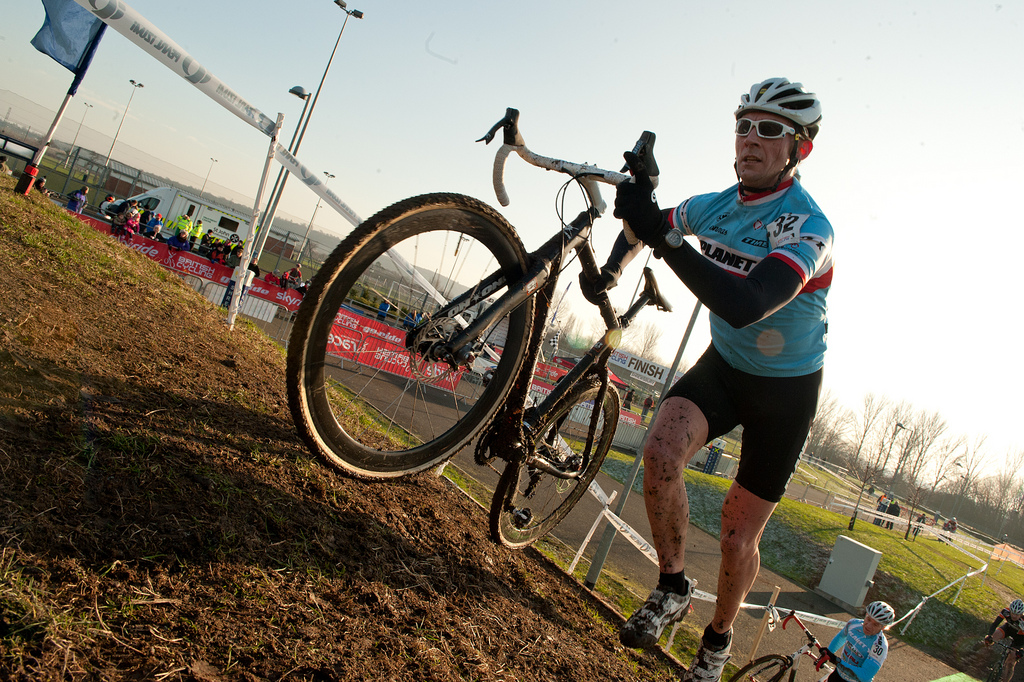 January 15th: The year has ended.

The last cyclocross race of the season and all too soon it’s time to hang up the racing wheels and have a few months of more bike fun and less training.  A glass half full person like me never gets too worried about things like that. No matter how much I just love cyclocross I know it’s good because it’s a limited season. All your round just wouldn’t be right.  Imaging racing your bike and not being muddy and cold.  Yack.It’s been very different to 2010-11, in so many ways. I’d just had my first season as a veteran last year and it hadn’t gone that well.  Bikes not delivered on time, back problems, and from that, a general lack of mojo.  I enjoyed it, but it felt a bit of a chore by the end.  Cue 2011/12 season to put all that in context…

Suddenly, I wasn’t getting ‘cross.

Having a break from things with a broken collarbone was actually very good.  It gave me a good rest after the mental and physical prep for the 3 peaks, but also a good bit of fat-chewing space.  I actually went to watch a bike race or two and really enjoyed it.

I’d been wooed by Brant @ On-One bikes and his lovely Dirty Disco bikes in their infancy (video here), and decided after a great long run at Wheelbase to move on and join Planet X.  By the time I came back from my recuperation (6 weeks in all off the bike) I’d decided it was my final race for Wheelbase at the North West league race in Northwich.

The five week block of hard training and racing saw me gradually build up form and by the beginning of December I had a great and utterly enjoyable ride in the National Trophy race at Peel Park in Bradford (helmet cam here). The mud and testing course there is just great fun for me and it felt such a lovely high on the new bike out-braking people and staying put whilst those around me flailed.

Xmas and New Year saw the ‘traditional’ races of Macclesfield Supacross (my absolute Nemesis course. Hate it.  Love doing it, because it’s just after Xmas and gives you a good wake up, but just do not suit that course!) and Todmorden. The Todmorden event gave me such a great buzz as ever and I really got it together somehow in the filth and cobbles. Great stuff.

Missing the nationals this year (8 hrs to / from Ipswich trip for c.12th place in the vets just wasn’t appealing) my last race was yesterday in the National Trophy at Shrewsbury.  Cracker of a course after the initial disappointment  of the first 400 yards… tricky roots, slithery mud, off camber banks, thigh-killing-ly intervening fast road sections and this series’ first flight of steps (not before time!).  (See my ‘trouser cam’ footage of the course here) I finished 11th and had a real battle on the way to it from start to finish.

That’s been the important thing – having those battles and enjoying them for what they are. Racing is like that. The battles are the single thing that sets it apart from bike riding for pleasure. But the battles have been fought now for this season.  Pleasure awaits for a spell.   (Oh – and Hit The North of course in Feb.  Pleasure / Pain thing. Doesn’t count. )