After more than 3 weeks of reflection, all I really know is that, sometimes, very small things happen that have very big consequences. 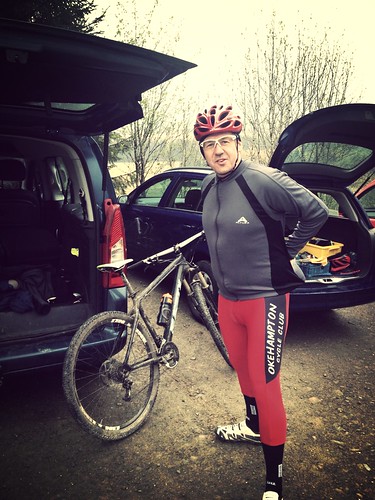 To set the scene, simply put, it’s a day of joy and fun. I don’t get much time to spend in close quarters with my brother, Phil. Acting from my own selfishness and attempts to put that right, I’d planned a mini trip away, where we’d meet with my cousin, Adrian, for a rare treat of time together. A few beers, an evening in a hotel, a decent breakfast, and a great bike ride. An amalgamation of simple pleasures combining to make a rare treat.

When Phil fell from his bike and hit the ground, he hit it hard. Nobody knew what happened and nobody ever will. He was concussed and his own memory of the incident does not exist. Sandwiched between Adrian and I on an innocuous and pretty harmless part of the track at Llandegla, his fall wasn’t seen by either of us – out of our lines of vision. As such, we only have the consequences to dwell upon. Phil’s fall shattered his clavicle and broke two of his ribs.

The immediate few days after obviously brought him significant pain and discomfort, loss of sleep and probably a lot of anxiety from the loss of consciousness and feeling of vulnerability this presents. It’s the longer term consequences that are probably causing me as much distress as Phil at the moment. I feel I’ve been instrumental in a knock-back in Phil’s life.

Whether Phil gets back on a mountain bike or tackles anything with some similar risk attached is probably the furthest thing from his mind now. He faces eight weeks in a sling whilst his clavicle gets a chance to knit together helped by the titanium plate they have put in. That cuts across family holiday time, his work, his family time… a temporary but major disability.

Yes – Phil’s an adult and a very capable cyclist, but without my having the idea, we simply wouldn’t have been there.

If, for whatever reason, and however well justified, Phil decided in future to maybe not ride that race or make that trip, or not to ski, to run down a fell… all those little things that need confidence, then I will be whatever the next step up from regretful is. That’s because these are the little things that define my own life. The little extras around the edge of the life stuff. The bits that can make a day remarkable. 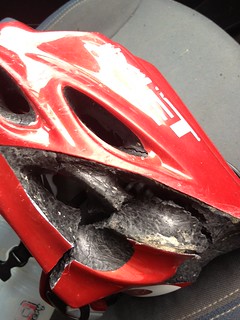 A broken helmet and torn clothing can be replaced. Bones generally do heal. Even those rare chances to have fun with one’s brother and cousin can be rearranged and refactored into busy lives. But I’m so worried that knocked-back that can-do confidence,

Yes, the impact on Anne an Phil’s children, and other inconveniences are immeasurable here and those things prey on me.

I’m not sure whether this is a half-empty or half full thing, but Phil, you’ve either been very lucky or very unlucky. It could have gone so much worse and please let’s not dwell on that. On the other hand, it could have just been a great day out, and could have been finished by a great gig in Lancaster later that evening. Let’s just assume that you were lucky. That we were lucky.

You’ve spent some brief time sidelined from your busy life – and I know you’ve said that it’s been actually quite welcome, too. Small mercies.

I wish you a full and speedier recovery than anyone thinks is possible. 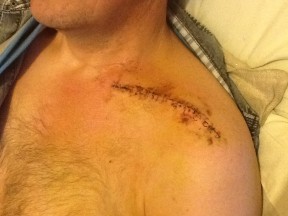